I apologise for the poor quality. These are from photocopies of the press cutting.

A group from the historical pageant put on by pupils in the winter of 1923-4. The period depicted is the time of Henry VIII, and fourth from the left is Hubert Bennett as Sir Walter Raleigh. He was later to become knighted in his own right. Second from the left is Robert Brookes as the king, and others on the picture are Bowden, Humphrey Phillips (now in Australia), Kitty Cowlishaw (the head's daughter, who was the school secretary), Madge Preston, Muriel Snelson and Irene Ashcroft. 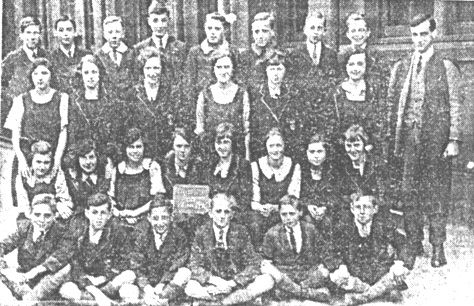 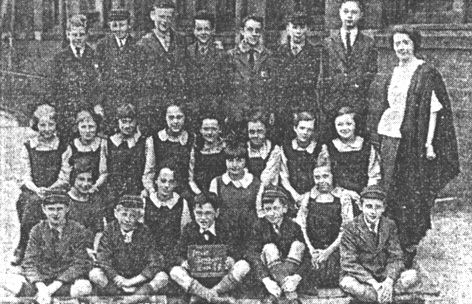 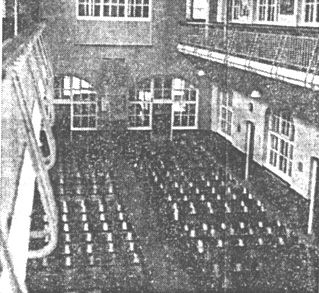 The Assembly room Hall was photographed by Eddie Bromley as a pupil in the 1950s.

If anyone wants better quality images then e-mail me and I will arrange to get them to you.