Mother was very active in the Old Essians, being a vice-president, secretary of the Ladies' Hockey (a left-winger herself) and a member of the Memorial committee (hence my interest). Other family members attending were Father's brother George W Mellor, Mother's brother G R Gaukrodger (Raymond)(1922 or 23 onwards) and sister O. M. Gaukrodger (Olivia) (1924 or 25 onwards) who married Fred McCulloch (1921 or 22 on). Fred's younger brother Roy McCulloch would also have attended from about 1923. 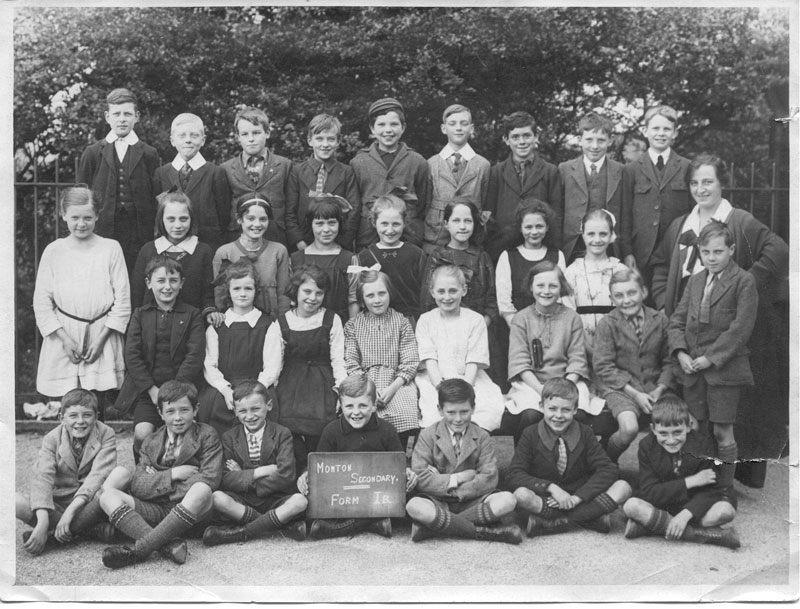 This is one of my earliest pictures. Monton Sec, form 1B, year 1921/2. Madge Gaukrodger is in the third row forward, the left-most of the two girls in gymslips, with someone else's hand on her shoulder. I think, but am not certain, that the sixth boy along the back row could be Fred McCulloch. 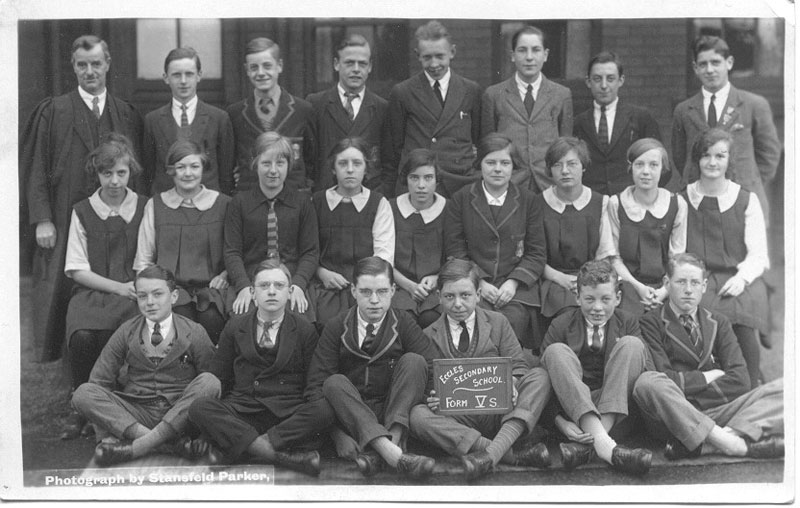 Form Vs, about 1926/7. Madge Gaukrodger centre row, far right. I'm also sure I recognise Madge's younger brother G.R.(Raymond) Gaukrodger, extreme left of front row, although he was 19 months younger than her, so I can't understand how they would have been in the same class. Was there some age mixing, or compositing of classes? 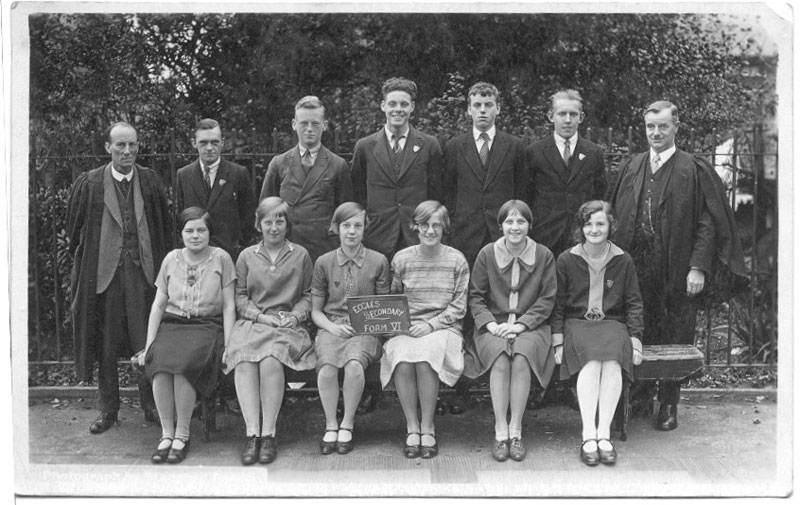 Sixth form, 1927/8 or 1928/9, can't be too sure.
Counting along the back row, including teachers, No. 3 is Fred McCulloch; front row, extreme right, is Madge Gaukrodger (one of my favourite shots). 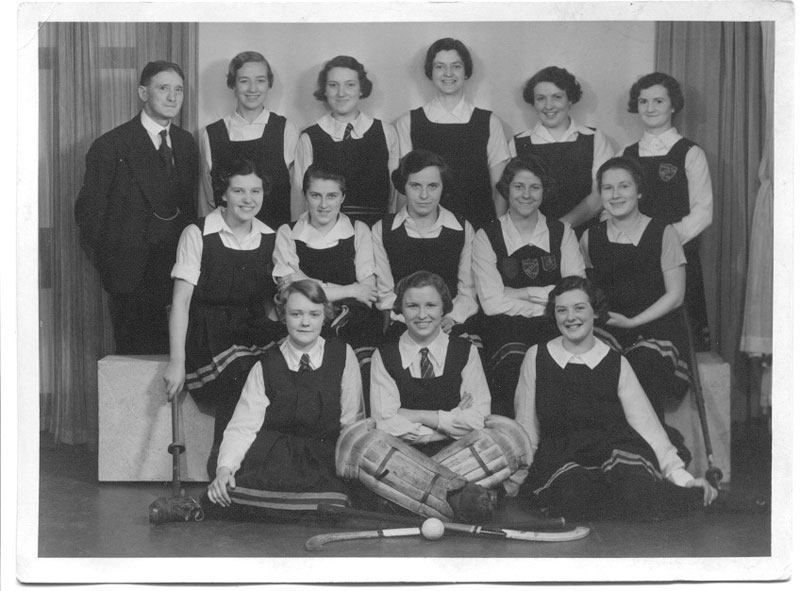 The Old Essians Ladies' hockey team, 1930s. Is the chap Mr Gunter? Next to him is Joyce Iles and at the other end of the back row, Madge Gaukrodger. The goalie, middle front, is Margaret Hollis. Rene Naylor is, I think, front row left, but I'm not all that sure of her as I didn't meet her very often (and it would have been years later). 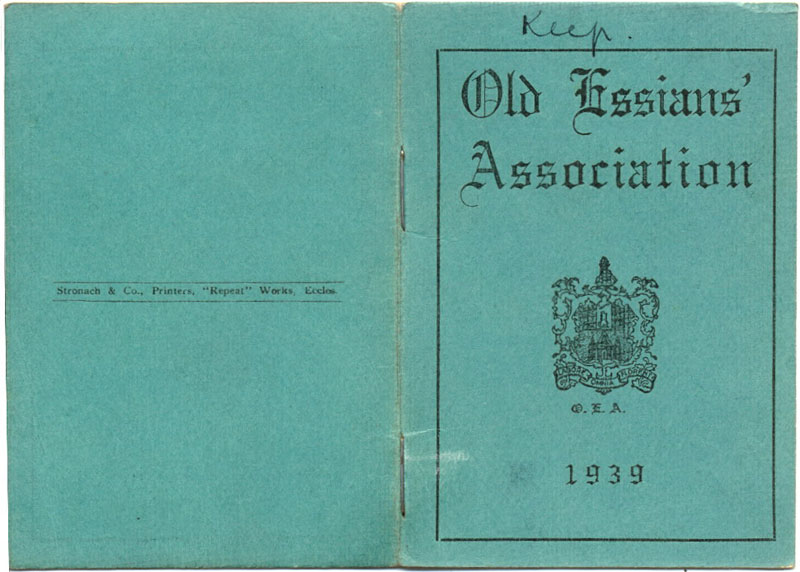 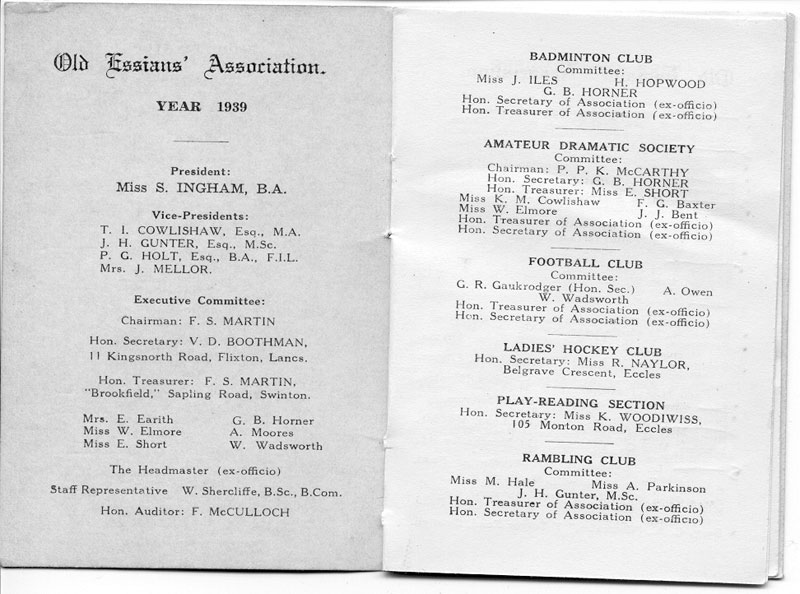 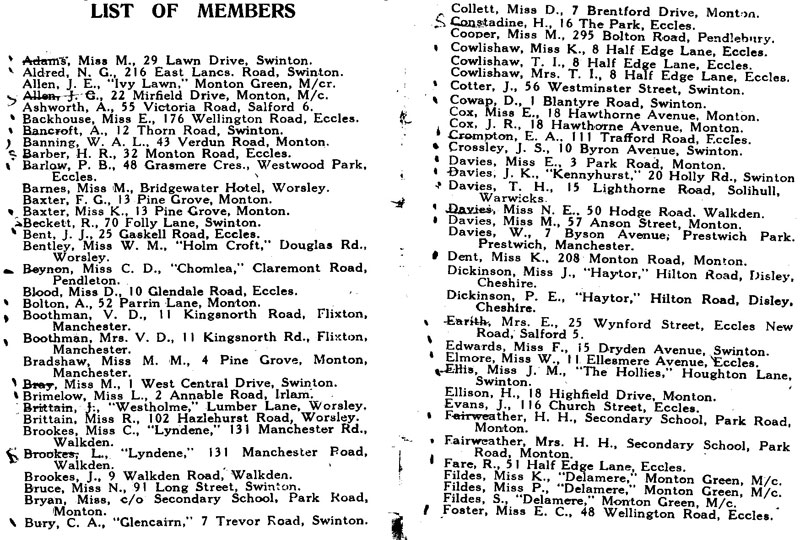 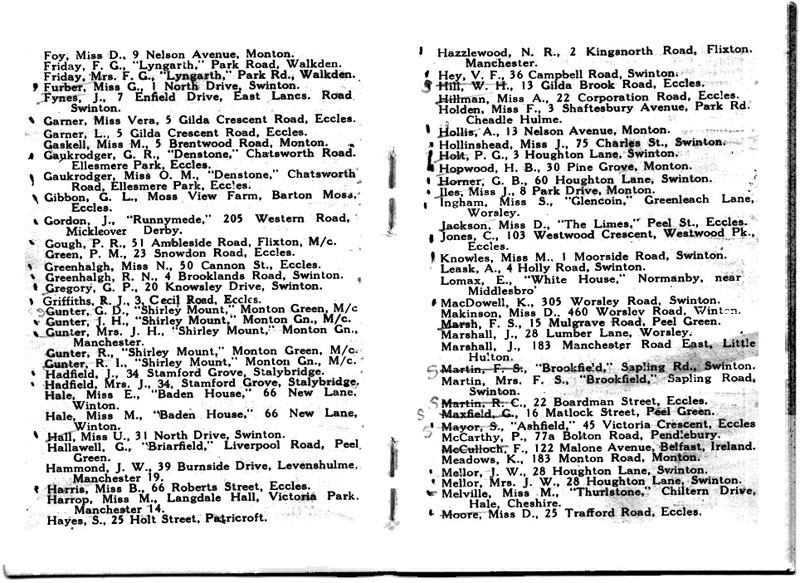 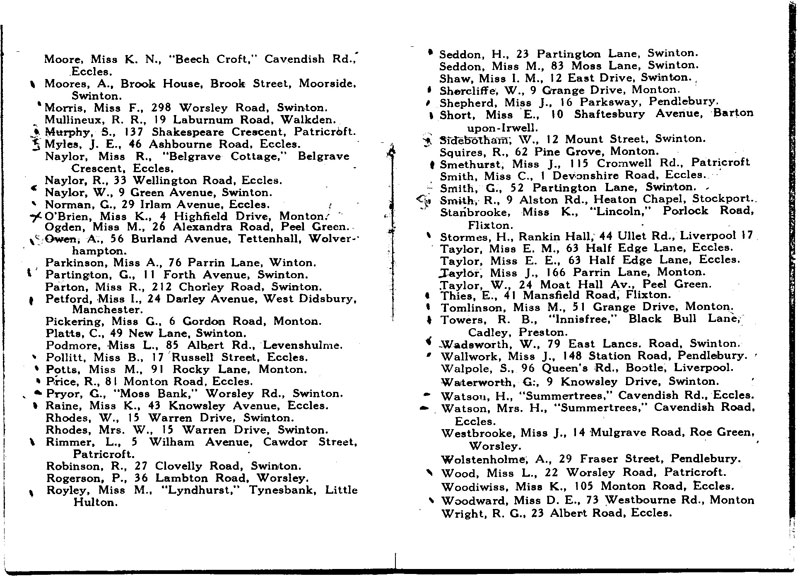 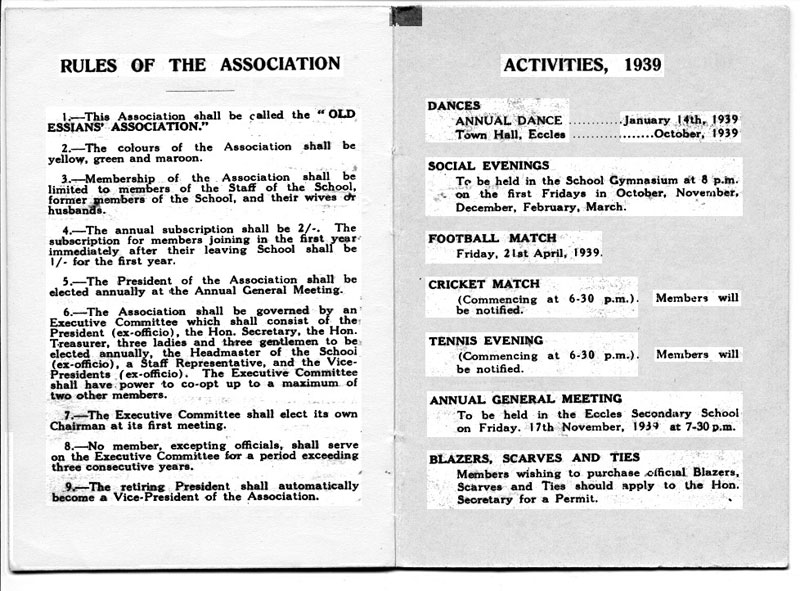